A syrup waffle is a type of cookie, consisting of a waffle cut in half with a special sweet syrup in between. After baking the waffle is cut in half, and the syrup is smeared on, then the other half is pressed on top. Syrup waffles are usually 8.5 centimeters in size, but are available in different sizes.

“Stroopwafels” (Syrup Waffles) originate from Gouda (City in the Netherlands) where they were first madi in 1784. Traditionally they were consumed at coffee and tea time. The syrup waffle was then placed on top of a hot cup of coffee to soften the syrup, even today many people still do this.

The Syrup Waffle is still the second most sold item of Amsterdam’s international airport (Schiphol), and are sold in most supermarkets and gift shops. 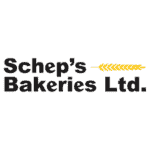