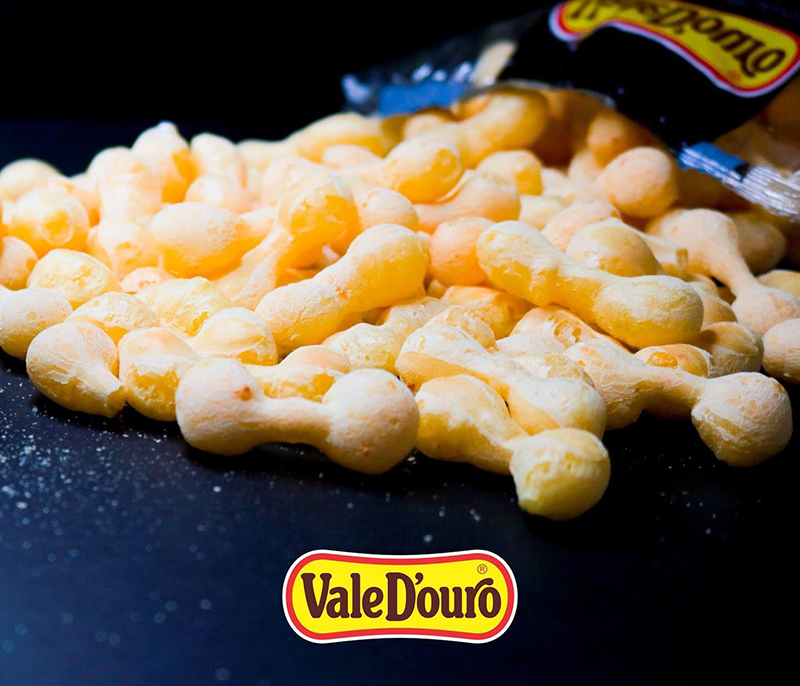 Vale D’ouro, founded in 1987, is a biscuit pioneer in the production of sequilhos and polvilhos made from cassava starch. Vale D’ouro is a traditional brand of Mineira origin and national leader in the specialty biscuit segment. Available in a variety of flavours, biscoito de polvilho is a uniquely Brazilian snack. In 1987, seeking to rescue products from the famous “Quitanda Mineira”, began its activity producing biscuits derived from cassava starch. As a result, delicacies such as sprinkles, cheese, poached and poached biscuits, produced within the strict quality standard without losing the tenderness of home-made production, have become accessible on an industrial level. The idea went well and following the tracks of Minas, came the sesame, spices inherited from the Portuguese grocery store of the 15th century. Soft and delicious, sesame seeds are produced with the purest corn starch and are expressed in coconut, milk and orange flavors. Besides the excellent performance in the national market, Vale D’Ouro has gradually penetrated the foreign market. Among the countries receiving the Vale D’Ouro products are the United States, Japan and countries in Africa.