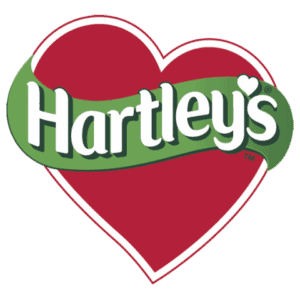 Britain’s favourite jam and jelly brand Hartley’s has been feeding the nation from breakfast to after dinner snack for over 140 years.

It all began in 1871 when William Pickles Hartley, a Lancashire green grocer, had a consignment of jam go missing. Instead of letting his customers down he decided to make his own jam to sell in earthenware pots. The jam was such a hit that in 1874 he moved production to Bootle, near Liverpool, and using his expertise in fruit he began making marmalade and jelly too.

In 1884 we became incorporated as William Hartley & Sons Limited and moved production to Aintree in 1886. In 1890 a new factory at Aintree was built with state of the art tablet jelly making facilities. A Second Factory was then opened in 1890 in Bermondsey, London which lead Hartley’s to become the leading preserves manufacturer through the United Kingdon. Since 1962 production has taken place in Histon, Cambridgeshire where we proudly continue to serve generations of British families (and beyond) great fruity taste moments for all meal occasions.